The tiny fishing village of Aberdaron, at the tip of the Llyn Peninsula on the north west coast of Wales, has for many centuries served the needs of pilgrims on their way to Bardsey, the 'isle of twenty thousand saints'.

Three pilgrimages to Bardsey were equal to one to Rome, so Bardsey was a very important religious site – especially for poorer folk, for whom a pilgrimage to Rome would have been out of the question. And with the village's proximity to the island (Aberdaron is the last village on the mainland before crossing the Bardsey Sound), Aberdaron grew in importance; stopping at Aberdaron was the last opportunity for pilgrims to rest and eat before making the often dangerous crossing to the island.

If you visit Aberdaron today, the first thing you'll notice is how old and quaint the village is.

Although of course there are modern buildings in Aberdaron, most of the village is, or at least appears to be, very old. The River Daron, whose mouth gives the village its name (in Welsh, 'aber' means the mouth of a river, so 'aber Daron' means 'the mouth of the Daron') is crossed by a simple yet beautiful stone bridge, which adds to the character of the village.

Y Gegin Fawr (the Great Kitchen), one of the oldest buildings in the village, dates back to the 13th century. It started life as a communal kitchen where pilgrims on their way to Bardsey would stop off to eat and rest while waiting for the boat across to the island. While parts of the building have been altered over the centuries, the building's layout is still much as it was originally.

One of the most beautiful buildings in Aberdaron is St Hywyn's Church, which overlooks the sea. There's been a place of worship here since the fifth century, though the original structure would have been wooden. Some of the stonework at present-day St Hywyn's dates back to the 11th century. The church was renovated in the 19th century but parts of the Norman structure still stand. The church is also home to two tombstones that have been dated to the late fifth or early sixth century.

Visitors to the church are fascinated by the exhibition about the life and works of the famous poet R S Thomas, who was vicar of St Hywyn's from 1967 to 1978 and whose works were often inspired by the local landscape.

A building in Aberdaron that might surprise you is the old post office, which is now a private home. The building looks as if it's been there for centuries; in fact, it was designed by Clough Williams-Ellis, Portmeirion's architect, in the mid-20th century.

Apart from the beautiful old buildings, what is there to see and do in Aberdaron?

There's a wonderful beach, which is popular with families, walkers and watersports enthusiasts. Nearby is Porth Meudwy, where depending on the time of year and conditions it's possible to take a boat trip to Bardsey and discover the island's fascinating history and folklore (there are many tales connecting King Arthur to this part of Britain, including one which says his ship is wrecked at the bottom of the Bardsey Sound).

The Llyn Coastal Path is popular with visitors and locals alike; a walk on the path is one of the best ways to discover the beautiful landscape and seascape of the Llyn Peninsula, and from parts of the path on a clear day you may even catch a glimpse of the Wicklow Mountains in Ireland.

Wildlife watching is a popular activity in the area. The sea here is home to seals, porpoises and dolphins, and you can easily lose yourself for a few hours by watching the water, waiting for these wonderful animals to put in an appearance. Watch the skies, too; there are many varieties of birds to be seen, such as puffins, Manx shearwater and chough.

A visit to Aberdaron, for all its modern conveniences like tarmacked roads, electricity, telephones and the like, feels like stepping back in time. The world may have moved on where technology is concerned, but in traditional fishing villages like Aberdaron, time stands still for those that are prepared to stand still with it and soak up all the character that's been left behind by over a millennium's worth of being loved by all who visit. 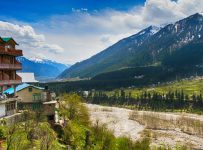