The bewitching capital of Greece has forever been drawing huge crowds to its shores for its historical significance. Being an epitome of culture, arts, and landmarks so spectacular, it becomes a challenge to shortlist anyone or even few to choose from the entire bunch.

Athens tourism has never seen a dull moment ever since they opened their doors to the world outside a couple of centuries ago. From its many museums to historic places, stadiums, and arenas, Athens is truly a landmark of the ancient Greek culture and the diversity it represented. A very random section of its top 5 attractions, if your time in this beautiful city is really limited is as follows. The Parthenon and UNESCO World Heritage Site are the primary tourist attraction in Athens. They are also the most famous among the surviving structures from ancient Greece. They were originally built in honor of goddess Athena who is also believed to be the patron of the city. It was built following the Persian Wars after Greece won on the sites of an earlier temple destroyed by the Persians. Over the past few centuries, it has been used for different purposes including as a church, a mosque, and a fortress.

The construction of the Parthenon is of astute importance because of the architectural marvel it represents using optical illusions to create light and an elevated sense of impression. The base of the columns, the stylobate, curves upward slightly and the columns swell slightly as they rise thus creating a more symmetrical impression as you look up at the edifice. Today we can only see the white marble of the structure although it is believed to have blue ceilings in its original form centuries ago. Dedicated to Zeus, the Olympieion is located at the City Center near the Athens Gate and Athanasiou Diakou Street and is one of the star attractions of the historic capital. The largest temple of Greece started getting built in the sixth century BC. Its construction was completed in the second century AD by Emperor Hadrian. out of the hundred plus enormous marble columns which once endorsed this venue, only 15 of them stand today with one more lying on its ground. One can estimate its enormity from the seat of its ruins. This temple befitted Zeus, King of Gods in terms of its sheer size and grandeur back in the days, reduced to a relic today.

The largest building of ancient Athens, the Panathenaic Stadium accommodates 60,000 spectators. This stadium hosted the Panathenaic Games and was built in 335 BC during the era of Herodes Atticus. At around 140 AD, the stadium was upgraded with new marble seating. What we witness today is actually a replica of the original stadium built for the Olympic Games of 1896, keeping the architecture and the style intact as much as possible.

The National Archaeological Museum was founded in the 19th century. They comprise the largest collection of Prehistoric specimens from the sixth millennium BC to 1050 BC (Neolithic, Cycladic, and the Mycenaean periods). The with sculptures dating back to the 6th Century BC, this epitome of arts, traditional and culture is something you cannot afford to miss in Athens. Unarguably the most famous and visited spot of the city is the Acropolis. With its Parthenon temple perched high on a rocky crag keeping watch over centuries of civilization, nothing compares to its magnificence and importance as a national landmark for the city. Parthenon is part of the Acropolis as already featured in this article. Some of its other ruins also include the Erechtheion, which is estimated to have been built between 421 BC and 395 BC and known for its Erechtheion complex and the Porch of the Caryatids. The latter has six statues of maidens in place of Doric columns and is one of the most visited sites in the city.

The Acropolis Museum at 15 Dionysiou Areopagitou Street under the hill is another popular spot in the city. This museum hosts the most valuable collections of ancient Greek art in the world and is truly an intellectual paradise for the discerning traveler. 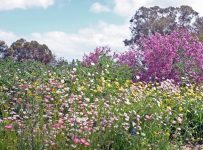 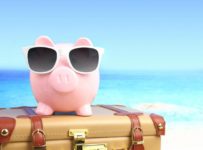