Before you go searching for tickets and hotels, keep in mind that two weeks are not enough to see all of Pakistan, or even half of it. With this itinerary you would be able experience a small portion of the country's top travel destinations which are mostly on the Northern and North eastern region.

But fret not, for the reason that these places are surely going to blow you away with their beauty, mystery and culture. Due to low tourism and development most of Pakistan still remains quite non-commercial and pristine, giving travel lovers the chance to just wander and explore on their own terms. We will tell you about Lahore there people, way of living, and cuisine.

Lahore is Pakistan's cultural capital and rightly so. It's one of the region's oldest metropolises, whose imperial history involves rule of the Hindus, Ghaznavids, Ghurids and Mughals. Later on, the Persians captured it from the Mughals only to lose it to the Sikhs who were eventually defeated by the British.

With all that happening, Lahore developed into an exuberant and colorful urban center for artists and traders of all kinds. It's a must to dedicate a day and a half to Lahore and check out its famous Badshahi and Wazir Khan Mosques, Shahi Hammam and Sufi and Sikh shrines. Also a must-visit is Shalimar Gardens and the Lahore Fort. At the end of day one, catch authentic Pakistani cuisine at the Mall Road food street.

A little more of Lahore and then fly off to Islamabad

Book a late evening or night flight to Islamabad and use the morning to stroll around the Walled City area to see the heart of Lahore right in front of you. Here you will see carts, stalls and shops located in narrow alleys within ancient gates selling all kinds of products and services from breakfast to cobbling. Bring some money as you may get tempted to buy many souvenirs. Also worth visiting is the beautiful tomb of Jahangir built just outside. If you are quick, you may have time left to visit the Pakistan-India border where you see displays of marching armies and nationalistic crowds on both sides cheering them on. Next, get ready to arrive in a quiet and peaceful Islamabad. 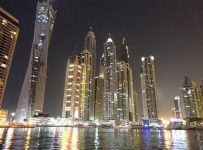