La Marcus Adna Thompson was on in Jersey, Licking Country, Ohio born on March 1, 1848. He is known as the “Father of the American Roller Coaster”. Thompson demonstrated an early aptitude for mechanics and master carpentry at the age of 17then later on a successful businessman . He graduated in Michigan's Hillsdale College and worked in the wagon and carriage industry then later on he made a fortune working in a company that manufactured stockings for women. But, due to the health issue, Thompson left the business.

After his strip in New York at early 1880's, Thompson was inspired a trip to hills of Pennsylvania where the railroad line running through Carbon Country and been converted from coal transport to tourist attractions. The Mauch Chunk Switch Back Railway was an 18mile and mostly downhill course featured a 2300 feet long and 665 feet high drop at the end. This became success with tourist that came by the thousands to ride every year.

Then later on the ride roller coaster was built. This is the First Authentic American roller coaster. He borrows from previous unfinished designs and applying own ideas for his “Switchback Railway”. The ride was opened at Coney Island in 1884 and has an immediate success. He immediately earned $600 a day profits. The ride was very modest by standards today. Before 1884 season has ended at Coney Island when Thompson had a competition. Rival builders capitalized on his success with designs of their own a little bigger and faster than last. After two months, two more coasters builders appeared. New designs, and a little bit bigger and faster new creation. Thompson improve his designs and obtaining

Patents to build coasters in the cities. In just four years, he already build of them. Thompson opened his first business combined elements his earlier creations adding new visual effects in 1888. Each version of each scenic railway was more elaborate than previous version containing more and more visuals. The most notable was the installation of Venice, California was opened in 1910 and ran among artificial hills lights, replicas of temples and attractions that built by Disney for decades.

Thompson died at his home in Thompson Park, Glen Cove, Long Island on May 8, 1919 at the age of 71. His one of the designs lives in Melbourne's Luna Park in Australia. He also delighted in building panoramas of artificial scenery. Thompson is truly was a pioneer in the world of roller coasters and pathfinder for the future themed attraction. The Dragon's Gorge at Luna Park is a great example of pride that took scenic railways . This ride was active in Luna Park from 1905 to 1944. He is also the managing director of the L.A. Thompson Scenic Railway Company.

Thompson trained generation of talented roller coaster designers, including John Miller who designed the Coney's Thunderbolt. In 1915, the “Father of Gravity” retied to Thompson Park, his sprawling estate in Glen Cove, Long Island, where he died in 1919 at the age of 71. 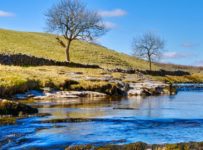 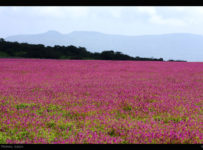