The Peruvian capital city is actually a mosaic of several smaller cities. This mega capital is made up of 43 districts and is home to nearly 9 million people. Known as the 'City of Kings', it has everything from shantytowns to ultramodern seaside neighborhoods. Interestingly, Lima is also known as the 'Garden City', which is strange since it is built in a desert.

1. Peruvians are really passionate about their food, which is obvious from the fact that Lima hosts an annual food festival every year! It is probably the most important event in every calendar year so if you're in Lima in September, make sure your Lima city guide takes you there.

2. Aliaga House – Most certainly the oldest house in the Americas, the Aliaga House is as old as Lima itself! When the city was created, the founder Pizarro gave the plot adjacent to the Government Palace to his ally Aliaga. The Aliaga family has lived there since, though now in an annex with much of the original house on display.

4. Huaca Pucllana – One doesn't have to trek to the Andes to get a dose of history. Lima is dotted with historical monuments, most easy to access since they've only been fenced off. The exception is the Pucllana temple, it is well preserved in addition to being lit up at night. It is also located in a very central locality with a fancy restaurant servicing visitors.

5. El Malecon – There's a reason Lima is called the Garden City and it is located in the upscale Miraflores district. There is a six mile stretch of green parks and gardens that overlook the coastline. It is perfect for a walk, bike ride and at places, as a take off site for parasailers.

6. The Magic Water Circuit – A dusty unassuming park at the edge of the downtown area has been creatively transformed into a light, music and water extravaganza by the city municipality. It is a relatively new addition to the city's many attractions and surprisingly entertaining.

7. The Museums of Lima – One must do the museum circuit of Lima. The city is home to a number of museums, all of which are a must-see for the culturally inclined. Here's a list-Museo de la Nacion, Museo de la Inquisicion and the Fundacion Museo Amano. But if you have time only for one museum, then it should be the Museo Nacional de Arqueologia, Antropologia e historia del Peru. It is after all the museum of the Peruvian people and tells their story to full effect.

8. Basilica Catedral metropolitana de Lima – This would be Lima's primary cathedral which despite a number of renovations, still exudes its colonial charm. It was built sometime in the early 16th century and its main feature would be housing the tomb of the city's founder Francisco Pizarro.

9. Cerro San Cristobal – Rising above the northeastern edge of the city is this massive hill. It is easily recognizable by the cross placed on the top, which happens to be a replica of one placed there by Pizarro earlier. The hill is a beautiful vantage point and tourists are often taken there by Lima city guides for a complete and comprehensive view of the city.

10. Convento de los Descalzos – This 16th century convent plus museum is run by the Descalzos or 'the barefooted'. Located in a part of Lima that is mostly overrun by shanties, this is where you will find a number of colonial paintings and canvasses by noteworthy artists. Other that that, there's some old wine making equipment, a refectory, an infirmary and monastic cells.

Lima is essentially a tourist capsule. All that it offers is within city bounds and what a variety that is! 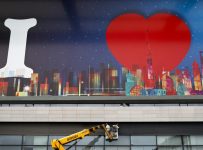 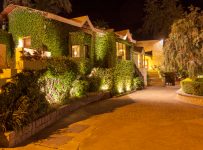 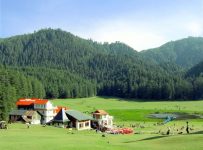