Brazilian Weddings are rich in tradition and culture. They are often very expensive and the bride's parents usually pay for the wedding, but that is becoming less common because of the overall cost. Brazil is a Christian nation and, therefore, holds several customs similar to other Christian regions; however, there are a few traditions that are different.

Unlike in the US, engagement rings are not that important and instead the couple exchange wedding rings. The rings are placed on the right hand and then are switched to the left hand during the wedding ceremony. It is customary for the bride and groom to write each other names on their ring. It is considered bad luck to drop the ring during the ring exchange and is told that the marriage would not last if it was to happen.

Unlike a typical wedding shower that is done in other countries, in Brazil they throw what is called a Kitchen Shower. It used to be a small gathering of close friends of the bride so that they may catch up and give gifts that the bride will use for her kitchen. However, the gatherings have been getting bigger and not even men are able to join.

A Brazilian bride may wear whatever color dress she wants, but white is a tradition. However, it is custom to wear golden shoes. It is considered bad luck for the bridesmaids to match; therefore no two people are able to wear the same color. Unlike in the US and other European countries that pick out their grooms-men months in advance, in Brazil, the groom could wait up to the last hour before picking his. The wedding party is often three couples who are very close to the bride and groom, they however do not have to be in a relationship together.

It is a tradition that the day before the wedding the Brazilian bride and her family go to a spa to take a break. There they can get a message, as well as do their hair, hair and make-up before the big day. However, when the wedding actually is there, it is a tradition for the bride to be at least 10 minutes late, for it is considered it good luck. There are times where the groom and the rest of the guests have to wait a few hours before the bride finally shows for her big day.

The wedding ceremony is done like most Christian weddings. However, some differences are that the bride has two flower girls accompanying her, one that distributes the flowers and the other one who is more like a ring bearer. Then the bride and groom will recite their vows and then switch their rings from their right hand to their left hand to symbolize the change from betrothed to marry. Most wedding ceremonies can last up to an hour, but at other times it could last even longer.

The wedding reception is a huge party that the guest and newly-wed couple drinks, dance, and give speeches. One tradition is for the couple to exchange presents to their parents. Often the bride will take off her shoes and place them in the middle of the dance floor. As the guest dance around, they will drop money into the shoes to help support the newlywed's financial future. Instead of a wedding favor, it is custom to give a Brazilian sweet, bem casado (meaning “well married”), to their guest as they leave.

If you are interested in knowing more about Mexican wedding traditions https://www.singlemantravel.com 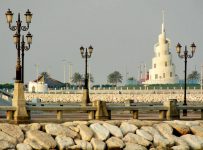 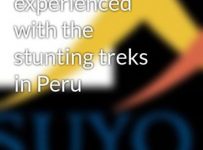 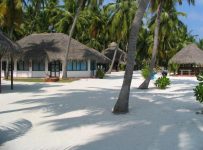