Dubai is a lively place that is home to a spate of shopping malls, famous tourist spots, hotels, restaurants and so on. As a matter of fact, some really large commuting network was desired to connect all these places located all across the city, so as to assure utmost convenience for the local people as well as the visitors. Ultimately, with the launch of Dubai Metro in 2009, all such concerns were finally brought to rest as its boasts of being the world's largest metro network, which is in itself a rare feat. Let us know some important facts and figures about these advanced rail web and learn how to get all the desired information about it through modern ways.

The automated Dubai Metro found its realms on October 09, 2009 after 4 years of tireless effort, which is a record time for any such type of network to come into existence. The first phase covers 52 kms of Red line and 23 kms of Green line track with 29 and 18 stations, respectively that altogether cost the government near about 5 billion Durhams. It also made its entry to the Guinness book of World Records in February 2012 with the completion of 74.69km long track for Metro rail, the longest in the world. If that is not enough, by 2020, Dubai administration has plans to extend this rail web by 320 km via two more lines – Blue and Purple; taking in its clutch whole of Dubai and the best part of surrounding areas. To commute with any of these driverless trains pan Dubai, you can buy from among Red, Silver, Blue and Gold cards, that accompany their respective value and validity period.

There is literary no dearth of locations when it comes to roam around the exquisite locations of Dubai, and it is indeed quite difficult to single out some preferred destinations as all of them own a distinctive style. Still to name a few, Burj Khalifa (previously Burj Dubai) is among the best destinations having gained the feat of being world's tallest man-made. The colossal structure is closely followed by Burj Al Arab which is yet another unmatched marvel of architectural finesse and holds the distinction of being the fourth best hotel in the world in terms of height. Palm Jumeirah Beach, Ski Dubai, Mall of The Emirates, Dubai Mall, Dubai Fountain, The Walk, and so on are among the other must visit locations that you really can't afford missing.

Getting information about Dubai Metro

There are many sources through which you can get apt info about the timings, stations, ticket fare, etc. The official website is perhaps the most bankable source in this context as it provides the updated information about train related matters. Metro map that can be easily found over the internet is another easy medium that can be sought to gain the requisite details. Several Mobile application developers have also made their foray into this field with utility apps, completely dedicated to fetch latest info about the concerned location, station, transits, et al related to the rail network. Any such Dubai Metro app is more likely to contain every minute to major tidbits that you wish to know. For people visiting the city for the very first time, these kind of mobile facilities are no less than blessing in disguise as they can easily install and use these apps on their smarthphones, tablets, iPhones, iPads and so on. 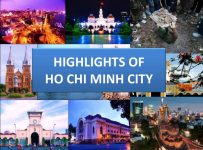 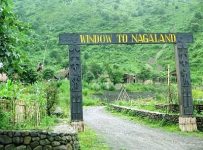