Goa is a popular state in India. Although it is the smallest of all states in India, but it is home to a varied geography and houses a rich species of flora and fauna. Meanwhile, the state has long been one of the most popular tourist destinations in India and houses a plethora of attractions. Head to the state to explore all popular places to visit in Goa and spend a memorable vacation.

Goa, the smallest state of all the states in India's map, is one of the most celebrated states in India. It is a hot and happening state which is replete of countless tourist attractions, places to visit, things to do and relish. It is located in the western coast of India and is bounded by the states: Maharashtra and Karnataka. Meanwhile, on the west of the state it is the vast Arabian Sea that meets Goa, and makes the state consist of one of the longest coasts of India.

Goa is abundantly blessed by the nature; the vast and varied landscapes of the state are home to a rich flora and fauna. Records state that over forty species of animals and sixty species of reptiles can be found in the state. The western borders of the state are basically covered with sandy beaches, however, Goa on inside consists of plateaus, plains, and even hills. Mandovi, Chapora Kushavati, Terekhol, Zuari, and Sal are the prime rivers flowing across the state, and helping the life to sustain and grow. Goa is one of the states consisting of the thick forests and savannas, which cover considerate parts of the state. The tropical climate and the varied geography of the state make it one of the best natural habitats in the country.

Meanwhile, Goa is also bestowed by a great history in which various European powers are the key players. Due to its apt location the city has been a chief site of European settlements in the medieval era. The state is one of the handful of regions in India that exhibit every bit of the influence left by the European colonization. Of these the Portuguese colonization is the most prominent. For more than 450 years the state remained under the reign of the Portuguese rulers, making it one of the handful of regions in Indian territory that remained an outpost of foreign nations for the longest time period.

The year 1961 saw the annex of Goa in the Indian Union province and the year 1987 saw the declaration of Goa as an independent Indian state. However, a large concentration of Portuguese remnants, buildings, churches, forts, and other testaments still exist throughout the state. Many of them are situated in Old Goa, which was the erstwhile site of the Portuguese colonization. Not only these remnants and other old structures are great references to the history of the state, but they also form an integral part of places to visit in Goa. When in the state, a visit to them is a must.

Meanwhile, Goa shares an excellent connectivity to the rest of the nation. There are two major railway stations in the state, one in Margao and the other in Vasco-da-Gama. These two railheads are major train stoppages in the Konkan railway network and South Western railway network. There are frequent Delhi to Goa train and Mumbai to Goa train. Additionally, the Dabolim Airport is situated on the outskirts of Vasco da Gama city, and is served by flights from all major cities in India. 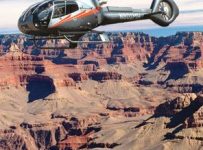 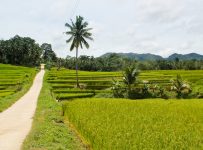