Lucknow is the capital city of Uttar Pradesh. It is the most multicultural tourist destinations in India. In the 18th and 19th century it was considered as an artistic and cultural centre of India. It has many historical monuments, architectural wonders and cuisines as its major attraction. There are few places that you must keep on your list whenever you visit Lucknow. Here you will get many hotels in Lucknow near railway station where you can plan your stay.

It is a name of a shrine that was built by Nawab Asaf-Ud-daula in 1784. It is the largest building of Lucknow. In the complex, there is Asfi mosque and the Bhulbhulaiya or the Labyrinth. The mosque contains the tomb of Asaf-Ud-Daula and the labyrinth is the maze which contains and supports the structure of the whole complex.

It is complex of Shia Muslim sect which was built in 1838. It also has a tomb of a Nawab along with his mother. Outside the complex, there is 4 storied Satkhanda which an unfinished watchtower. This was the unfinished wish of the Nawab who wanted to make it as tall as Qutab Minar.

It is one of the major sites depicting the revolt of 1857 and the historical battle of the siege of Lucknow. Earlier the site was the resident of the British General who was killed during the battle. It still has bullet gazed walls and is surrounded by gardens which attract many tourists.

Build in 1921, this zoo is also called as Prince of Wales Zoological park as it was specially built for welcoming Prince of Wales. This zoological park is home to various species of animals, reptiles, and birds.For visiting these places, you can book a hotel in Lucknow and then visit each place individually.

If you want to go for shopping, then this is the place you should definitely visit. You can buy jewellery, handicrafts, handloom products from this place. It also has many shopping malls, restaurants, movie theatres and a library.

Currently, it is the La Martiniere College and it has a building which located in a terraced location which was a lake someday in past. Here you can get a view of techniques used in Italian architecture.

It is a modern architectural monument which is dedicated to Dr. B.R. Ambedkar. This is entirely red in colour as it is made using sandstones from Rajasthan. It consists of well-maintained lawns and columns of canals which makes it a major attraction.

In your visit to Lucknow make sure that you have all these places on your list. You can also book hotels in Lucknow and plan to visit these places according to the location of your stay. 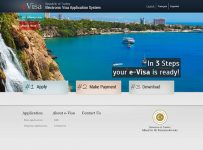 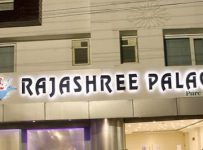 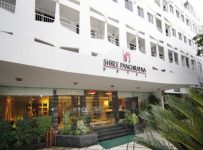