Some 19 million people visit London every year, and every last one of them needs somewhere to stay. This is why there are so many hotels in central London – many of them internationally famous. Names like The Ritz, The Savoy, The Dorchester, The Grosvenor House, The London Hilton, and Claridge’s trip easily off the tongue.

All of those hotels are right in the heart of London in Mayfair and within walking distance of many of the sights that you want to see and things that you want to do. This is a good thing, because in common with every other major city in the world, the roads are jam packed. Figures produced by Transport for London in March 2016 showed that the average speed for cars in Mayfair was just 7.4 miles an hour. You can almost walk as quickly as that! However, all those hotels have another thing in common, and that is that they charge enormous amounts of money for their rooms. It is understandable that their business rates are very high, but they also know that you have no choice – or at least the majority of people have no choice – so within reason they can charge what they like – and they do! Room rates at The Dorchester are from 605 to 885 per night at the time of writing.

So a fortnight’s break at The Dorchester could cost you over 12,000. And that’s just for the room. If you are a family of four, you can double that. Then you add meals in the restaurant, and as for the bar prices……! A Martini in the Dorchester bar is 19.00. Of course, none of this is a problem if you happen to be a multi-millionaire, but most people are not.

However, there is actually an alternative and that is a London luxury apartment. You can rent a luxury apartment in London for considerably less than a hotel room, or two or three hotel rooms for a family. Of course, there are fewer apartments available than there are hotel rooms so you may need to book in advance, but it is well worth it. To begin with, you get more space. In a hotel you get your hotel room and that is it. In a London luxury apartment you get your room, a reception room, there may be a separate bathroom and toilet, you get a kitchen which is fully fitted, and all that is as a minimum. You might get two reception rooms. If you are a family of four you can rent an apartment which has two bedrooms or three bedrooms. Obviously, a bigger apartment will cost more, but not anything like the cost of two or three hotel bedrooms. Then you have something which many people value very highly, and that is privacy. For the duration of your stay you have your own “home” rather than living out of a suitcase with several hundred other people. You can come and go as you please. You can eat when it suits you, rather than when it suits the hotel restaurant, and you can make yourself a Martini for a lot less than 19.00! If you decide that you don’t want to cook, you can eat out at one of many top class restaurants – including the one at The Dorchester if you want to.

You are still in the heart of Mayfair, and still within walking distance of Oxford Street, Bond Street, Regent Street, Piccadilly, and Knightsbridge, so that is no different from staying in a hotel. Green Park and Hyde Park are only a step away, and you can go boating on the Serpentine in Hyde Park, and you can also go horse riding there. You still have access to the major theatres, cinemas, and opera, and the museums and other attractions. Not too far away is Regents Park with the London Zoo, and just across the road from there is Lords Cricket Ground if you should happen to be a cricket lover.

Above all, at the end of the day – literally – when you have a London luxury apartment you have your own home to go back to. 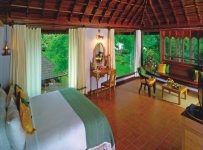 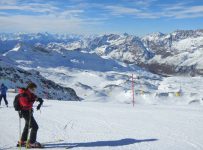