Are you planning to travel to Vienna? Read our guide to discover some of the local attractions and make your trip a worth-while one:

This tower's non-central location works to its best advantage. It protrudes from Donaupark in the east section of the city, providing a remarkable view of Danube to the center of the city. You can walk all around the platform for sightseeing or experience a 360-degree ride inside the revolving restaurant. Some may not feel comfortable about dining in motion at 150m. Just the same, it is good to reserve a place. If you are not afraid of heights, you can bungee jump from above, during summer.

The Vienna State Opera House is an important part of Viennese life as well as a symbol of resurgence after World War II. The initial presentation of Mozart's “Don Giovanni” is included in its rich history. The post-war structure has a neo-Renaissance facade, auditorium and a technologically advanced stage. Other places of interest include the Tea Room and marble Grand Staircase as well as the paintings and tapestries that portray famous opera scenes plus the sculptures of renowned conductors and composers.

This art museum in Vienna is considered among the best in Europe. Through the centuries, the Habsburgs gathered a wide variety of great art from different places across the globe. These collections feature acquisitions by Old Masters like Durer, Raphael, Rembrandt, Rubens, Velasquez, Vermeer and Titian as well as ancient Egyptian, Greek, Oriental and Roman treasures. It could take more than one day to view the collections since they are displayed on nearly two miles of corridors.

The Belvedere Palace is a historic building complex that served as a summer residence to Prince Eugene of Savoy, the military commander who helped conquer the Turks during the 17th century. It is made up of 2 palaces, which is connected by a formal French garden. The Upper Belvedere, where festive gatherings take place, is more elaborate than the other palace. The Lower Belvedere functions as the living quarters of the Prince. Both palaces are well decorated by renowned artists all over the world.

This Ferris wheel, Vienna's worldwide icon, starred in popular films such as “The Living Daylights”, “Before Sunrise” and “The Third Man”. It was built in 1897 to celebrate the silver anniversary of Kaiser Franz Josef. It may no longer appear to very big when compared to other big wheels. Nevertheless, it still manages to look great, charming and romantic.

This neo-gothic structure that was constructed sometime between 1872 and 1883, serves as a seat of both the mayor and local government. Occasional public events take place inside the building while the major public activities like the festivals, concerts, the popular Christmas market and winter ice skating are held in the park and square in front of the building.

This is the oldest existing zoo in the whole world and remains up-to-date. You can enjoy a wide assortment of animals in their high-tech cages. The indoors include a desert house, rainforest house, aquarium, polarium and terrarium while external enclosures contain a new rhino park. There are play areas that are suitable for all children and lots of inexpensive refreshments. 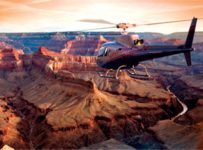 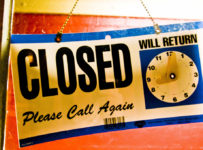 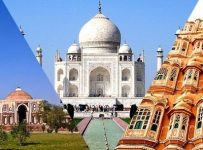